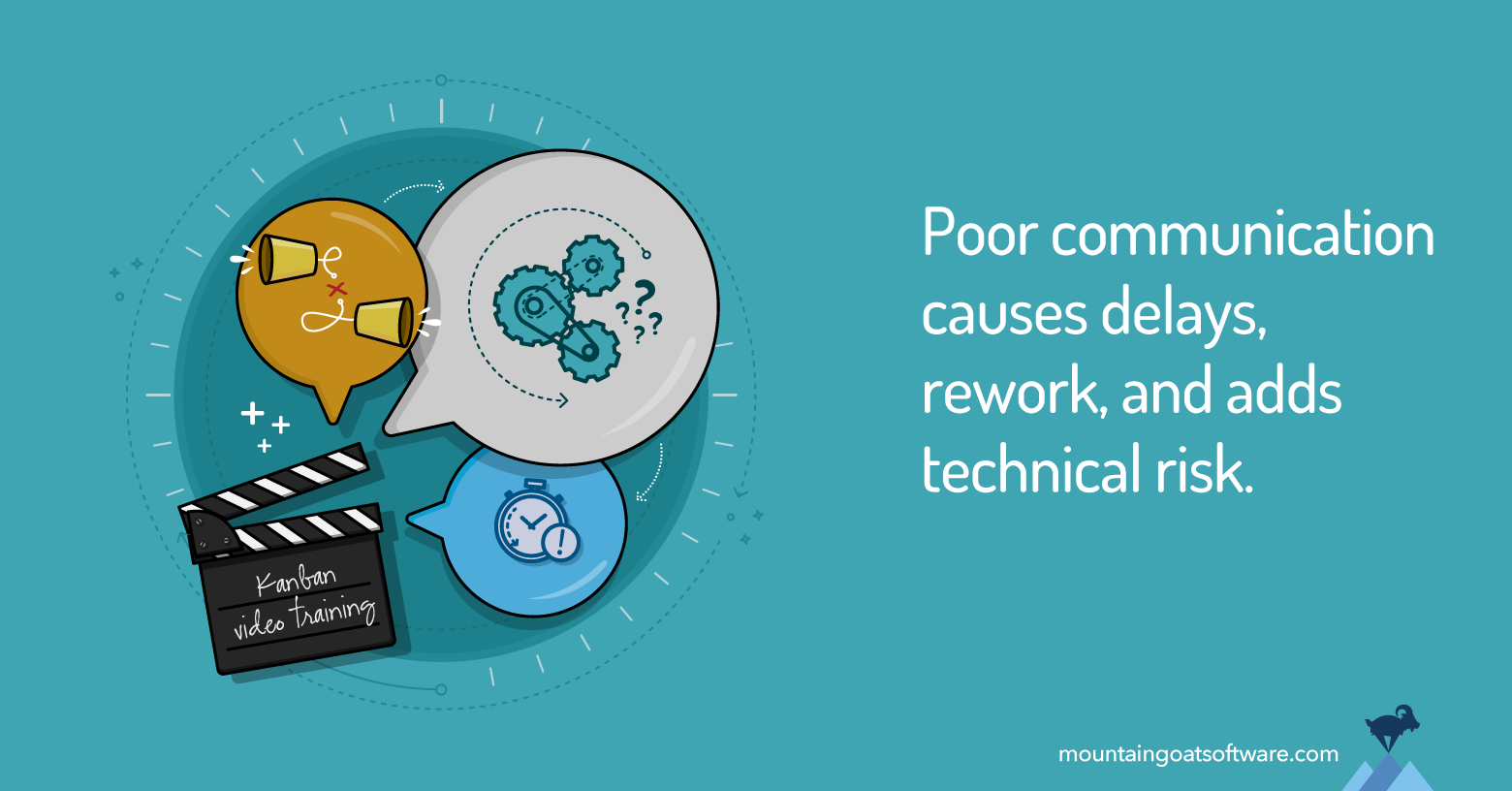 I’ve really enjoyed these introductory tutorials to Kanban that Brendan has been delivering this past couple of weeks. And I’m not the only one. We’ve been getting a great response from people to say they’re learning techniques they can apply straight away.

I love that. It’s no use learning the theory of why an agile framework might work if you don’t have the techniques and strategies to make it work when you’re no longer dealing with theory but with real life.

A common problem that causes a delay in work, or rework, or technical risk is that of a lack of communication.

In the first two videos, Brendan shows how Kanban is adept at ‘unhiding work’ which makes it easier for tasks to be prioritized. It makes it easier for teams from other departments to see the actual capacity of a team, and it reduces the chance of two people working on the same issue at the same time independently.

The visibility of the board is powerful, but people still need to be able to talk to each other.

If people aren’t open and honest about what’s impeding their work, if you have people who aren’t fully engaged or use meetings only as status updates, you’re going to have problems.

That’s one of the reasons I’m really looking forward to the response to Brendan’s final video.

Remember, all of these videos are free to watch, although they’re only available until Wednesday, 16th October, and in this 17-minute video Brendan really packs in the actionable content.

One of the concerns I hear when people discuss the merits of Kanban and Scrum is that they worry Kanban is just Scrum without the ceremonies, and that will result in a lack of structure or urgency compared to Scrum.

This is a common misgiving, there are still ceremonies to have in Kanban if you want to be successful. In this final video, Brendan deals with the daily-stand up that exists in Kanban as well as in Scrum, and he does it with a twist.

How to Cure the Stale Stand Up

Instead of just talking about how it applies to Kanban, he walks you through a great exercise you can do with your team which is a cure to the stale stand up.

As he mentions in the video, you could be in stand-ups for more than 65 hours of the year - which could very well feel like a lot longer if you’re stood shuffling your feet and waiting for someone to stop droning on incessantly.

He also rounds up this video series with the 7 steps to help you get started with Kanban today.

Watch this video to discover:

Finally, Brendan also reveals how you can take this training much further and see the benefits of Kanban when you get started in the right way.

Already signed up for the free course? You don’t need to sign in again, just click the button below and video 3 will already be unlocked for you

What do you think? Ready to start using Kanban?

I’d love to know what you’ve taken away from Brendan’s course, or the issues and challenges we’ve talked about when starting Kanban. Let me know in the comments below.

It’s easy to say you limit how much work you’ll have in process. It’s harder to live up to it, …

Increase Your Agile Toolset With This FREE Kanban Video Training

You told me you have questions about Kanban. Here are some answers from Kanban expert, Brendan Wovchko.

How to Add the Right Amount of Detail to User Stories

Include too much detail in your user stories and it can slow the team down. But introduce too …