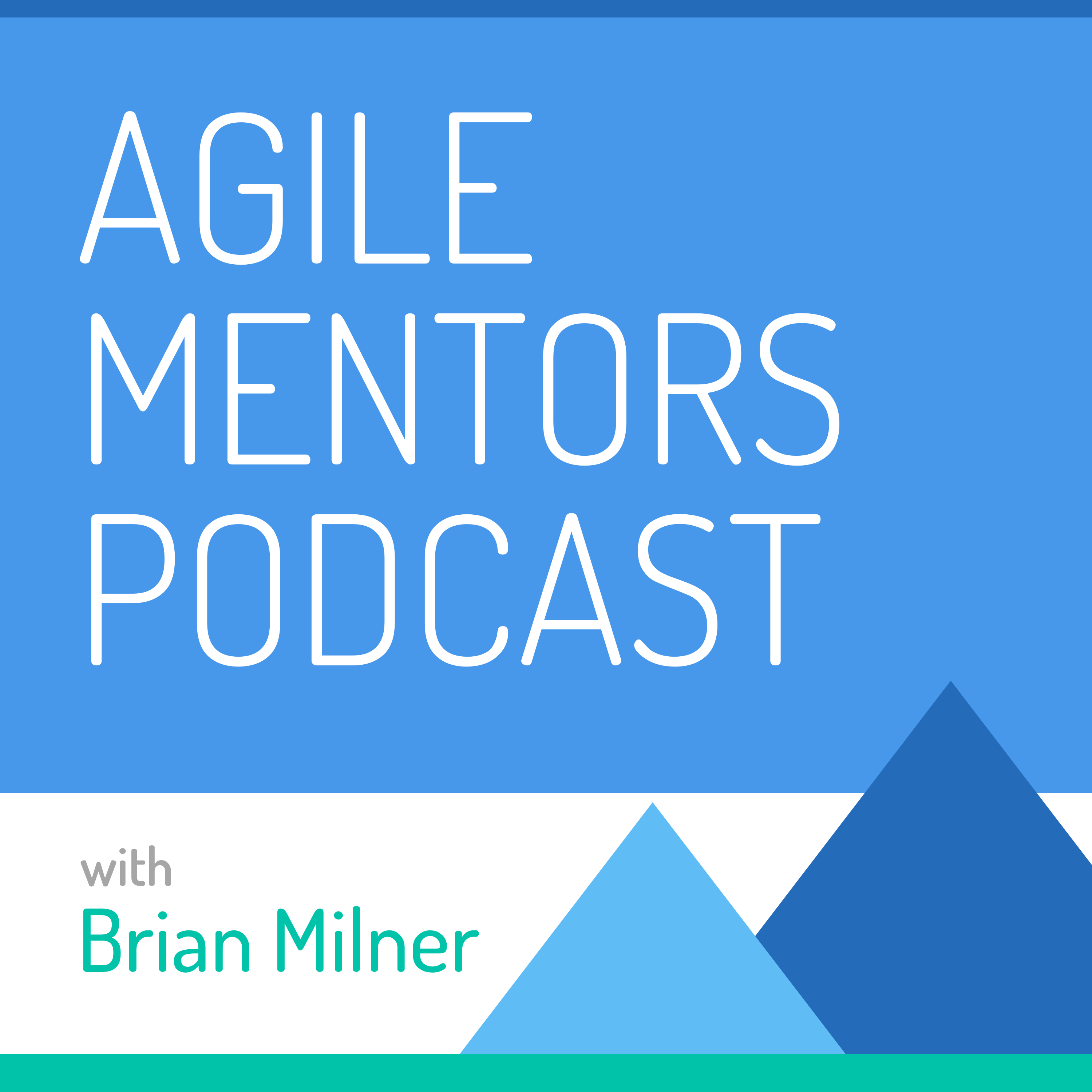 Practical advice for making agile work in the real world

The Agile Mentors podcast is for agilists of all levels. Whether you’re new to agile and Scrum or have years of experience, listen in to find answers to your questions and new ways to succeed with agile.

Join Woody Zuill and Brian Milner as they discuss the benefits of teams working together through Mob Programming.

In this episode of the Agile Mentors podcast, Woody Zuill, a 40-year veteran software developer specializing in team interaction, joins Brian to explore the concept of Mob Programming.

Woody shares the benefits of working together rather than separating tasks in software development and how removing things like queuing, multitasking, and context switching can actually make teams more effective.

Listen in as he walks us through the collaborative software development approach's perks.

[02:22] - Brian introduces Woody Zuill, a 40-year veteran software developer specializing in team interaction.
[02:51] - Woody explains how he discovered the term Mob Programming.
[04:56] - Where the idea of Teaming came from.
[06:20] - Woody explains why he's changing the name from mob programming to teaming.
[07:23] - Teaming = collaboration brought to software development, where more than one brain connects to do the work that needs to be done.
[11:11] - Painting the Mob Programming picture: it's when "all the brilliant minds work together on the same thing ‌in the same space, at the same computer."
[13:40] - To work efficiently in software development, one team member acts as the driver at the keyboard while everyone else acts as the navigator.
[16:41] - The drawbacks and disconnect of breaking software development down into smaller pieces.
[18:34] - Isn't six people in one room working on one computer a waste of resources?
[21:07] - Do you want to be productive or effective? Examining the Lean concept of flow.
[24:57] - Enhancing the effectiveness of software development by removing the negative impact of waiting, queuing, multitasking, and context switching.
[25:22] - The benefits of working together vs. separating tasks in software development.
[26:53] - Team Flow: how collaboration adds to our ability to work in the zone.
[28:38] - Working together is often more effective, so why have we gotten better at it?
[31:25] - The strength of experimentation.
[33:09] - Woody explains that since the software development process is a discovery process, innovations such as mob programming can benefit the process.
[35:25] - Woody shares resources where you can find more information on Mob Programming (see the resources section below for more) and how you can contact him to schedule a workshop.

References and resources mentioned in the show:

Want to get involved?

This show is designed for you, and we’d love your input. Enjoyed what you heard today? It would be great if you left a rating and a review. It really helps, and we read every single one. Got an agile subject you’d like us to discuss or a question that needs an answer? Share your thoughts with us at podcast@mountaingoatsoftware.com

This episode’s presenters are:

Brian Milner is SVP of coaching and training at Mountain Goat Software. He’s passionate about making a difference in people’s day-to-day work, influenced by his own experience of transitioning to Scrum and seeing improvements in work/life balance, honesty, respect, and the quality of work.

Woody Zuill has been a software developer for over forty years. Woody is one of the pioneers of Mob Programming, a method of teamwork in software development that involves the entire team working together. Woody gives remote and in-person workshops on the topic. You can find out more about him on Twitter @WoodyZuill or on LinkedIn.