It’s Summer, Find Something to Celebrate

It’s July—find something to celebrate with your team. Unless your “down under,” you’re probably enjoying nicer weather than you have the rest of the year. We’re half way through the year, which means it’s a good time to look back on how far your team has come.

If you have retrospective notes, look back at the notes from six months ago. It’s sometimes amusing for a team to look back and see how insignificant an issue seems now that seemed 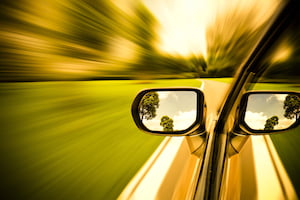 huge back then. Six months of steady progress can do that.

One team I worked with was feeling really down about how few automated tests they were writing. They’d only written a few hundred in the recently completed sprint.

Considering that many were small unit tests, they felt like that was insufficient. I pulled out notes from six months earlier in which they’d set a goal of writing 10 automated tests in the sprint. That helped put their progress in perspective and gave them something to celebrate.

Equally as important to what we celebrate is how we celebrate. In the summer, simply having a few meetings outside can feel like a celebration.

I’m not a fan of giving team members cash bonuses for achieving milestones, but one time I gave everyone on a team a week off if they met a significant quarterly goal. For many people, the gift of time is about as good as it gets.

One of my favorite team celebrations was when a team decided to host a friendly competition in which team members each brought in a homemade salsa. Everyone voted and a winner was crowned. Recipes where shared on the project wiki.

My daughter, Delaney, introduced me to a celebration technique from her high school drama club. At the end of a play the actors award one another “paper plate awards,” which are simply hand-drawn awards on paper plates. I shared this with a Scrum team I worked with and they had fun with it. Of course some of the awards were a bit back-handed (“Most Spectacular Bug” and “Most Frequently Late to the Standup”), but that’s to be expected and was part of the fun.