Yes, I really did refer to guitarist Alvin Lee in a Certified Scrum Product Owner class last week. Here's why.

I was making a point that Scrum teams should strive to go as fast as they can without going so fast they spin out of control. Alvin Lee of the band Ten Years After was a talented 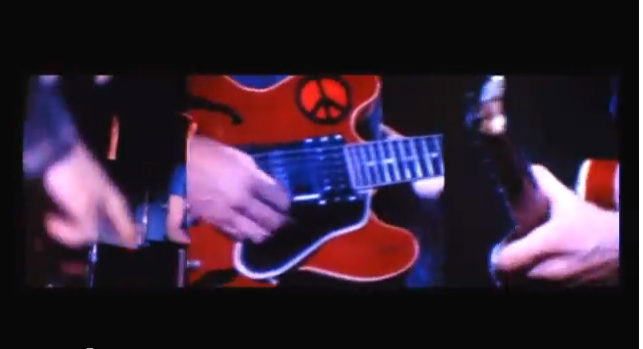 guitarist known for his very fast solos. Lee's ultimate performance was of the song "I'm Going Home" at Woodstock. During the performance, Lee was frequently on the edge of flying out of control, yet he kept it all together for some of the best 11 minutes in rock history.

I want the same of a Scrum team--I want them going so fast they are just on the verge of spinning out of control yet are able to keep it together and deliver something classic and powerful.

Re-watching Ten Years After's Woodstock performance I'm struck by a couple of other lessons, which I didn't mention in class last week:

One: Scrum teams should be characterized by frequent, small hand-offs. A programmer gets eight lines of code working and yells, "Hey, Tester, check it out." The tester has been writing automated tests while waiting for those eight lines and runs the tests. Thirty minutes later the programmer has the next micro-feature coded and ready for testing. Although a good portion of the song is made up of guitar solos, they aren't typically long solos. Lee plays a solo and soon hands the song back to his bandmates, repeating for four separate solos through the song.

Two: Scrum teams should minimize work in progress. While "I'm Going Home" is a long song (clocking in at over eleven minutes), there are frequent "deliveries" of interpolated songs throughout the performance. Listen for "Blue Suede Shoes, "Whole Lotta Shaking" and others, some played for just a few seconds.

OK, I'm probably nuts, and I certainly didn't make all these points in class. But Alvin Lee would have made one great Scrum teammate. Let me know what you think in the comments below.