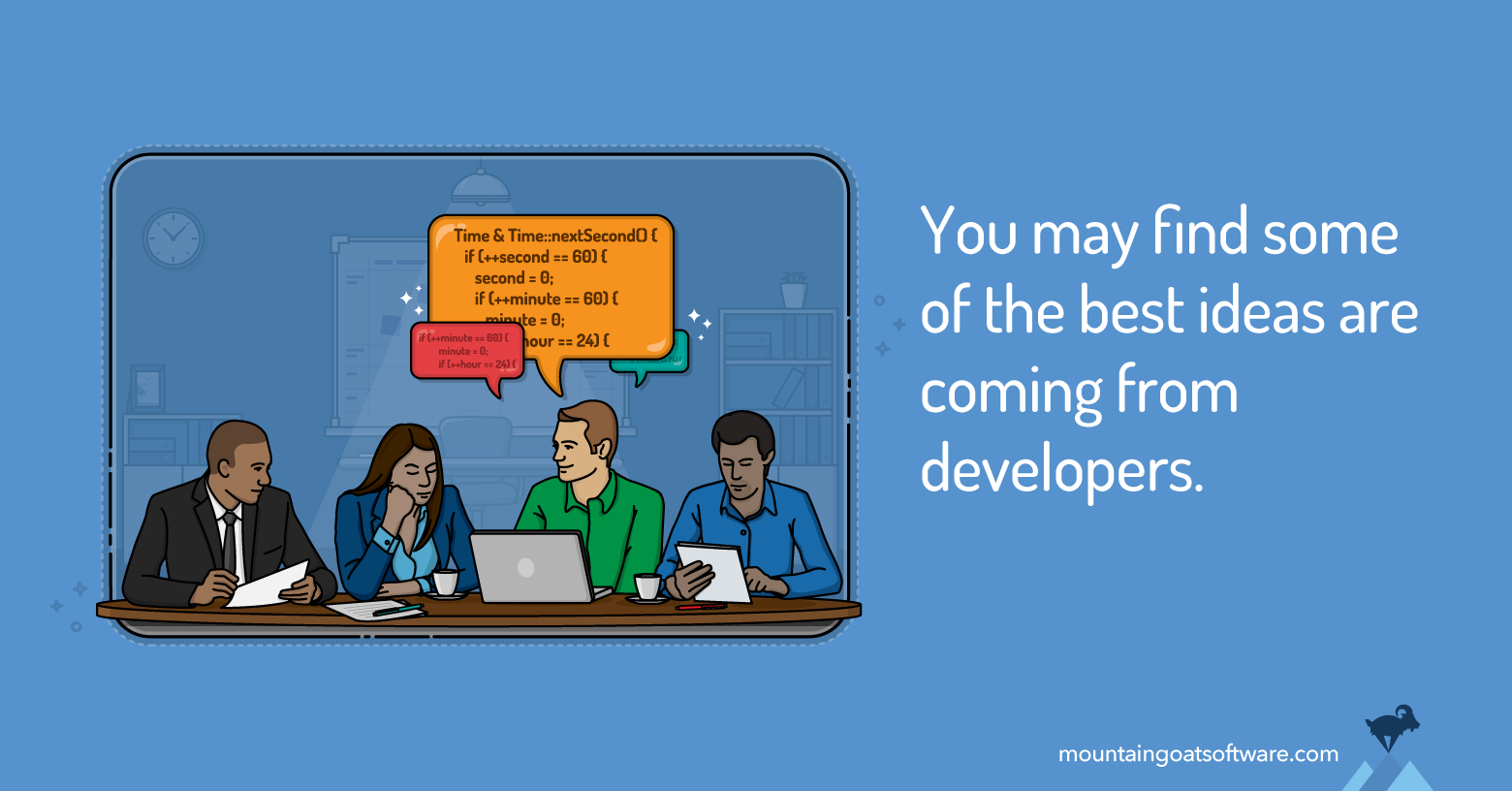 4 Reasons to Include Developers in Story Writing

Regardless of how often these meetings occur, I think it's vital that programmers, testers, database engineers, and so on participate. Collectively I refer to individuals in any of these roles as developers, and I think there are four critical reasons to include developers in story-writing meetings.

The first reason I like to include developers is that doing so increases the engagement of developers. You want your developers excited about, bought into, and engaged with the product being built. A team with developers who come to work with no passion or interest in what they’re developing will not perform at its highest level.

Involving developers in story writing allows them an opportunity to contribute to discussions about what is being built. It’s unlikely their ideas will be as good as those of the product owner or most others with a deeper understanding of the business and its customers, but still important enough to be heard.

Bringing developers into story writing workshops gives them that opportunity. And this is our second reason for including developers: The more they are involved, the more they’ll learn. Over time, you may just find that some of the best ideas are coming from the developers.

Reason 3: It Doesn’t Cost as Much Time as You Think

A common objection to involving developers is that they don’t have the time to spend in yet another meeting. Fortunately, some of the time spent in the actual meeting is saved in coming sprints because the developers will have fewer questions.

When the developers are there when ideas are generated, they will have fewer questions about why customers want something, if there are other ways to satisfy that need, and so on.

There is a time cost to having developers in these meetings, but it’s not as great as you might think. And the other advantages outlined here more than make up for the investment.

Reason 4: It Leads to Increased Creativity

A final reason for including developers in story writing is the increased creativity it will lead to. With more people thinking about ways to make your product the best it can be, the product owner will have more ideas to choose from when prioritizing.

Have I Missed Some?

I'm sure I've missed some. What other reasons do you have that support having programmers (and other technical people) participate in story writing meetings?


Get Your Free Story-Writing Workshop Guide 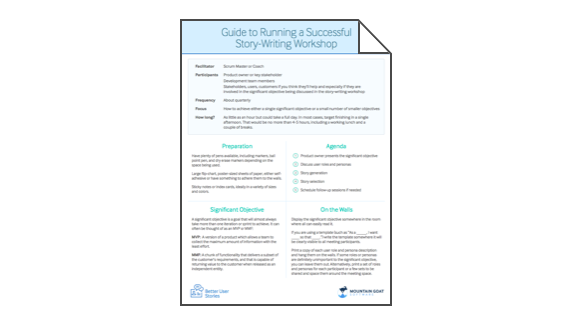 A story-writing workshop is one of the best ways to involve developers in story writing. Learn more with our valuable guide.

Get my guide now!

Get Your Free Story-Writing Workshop Guide