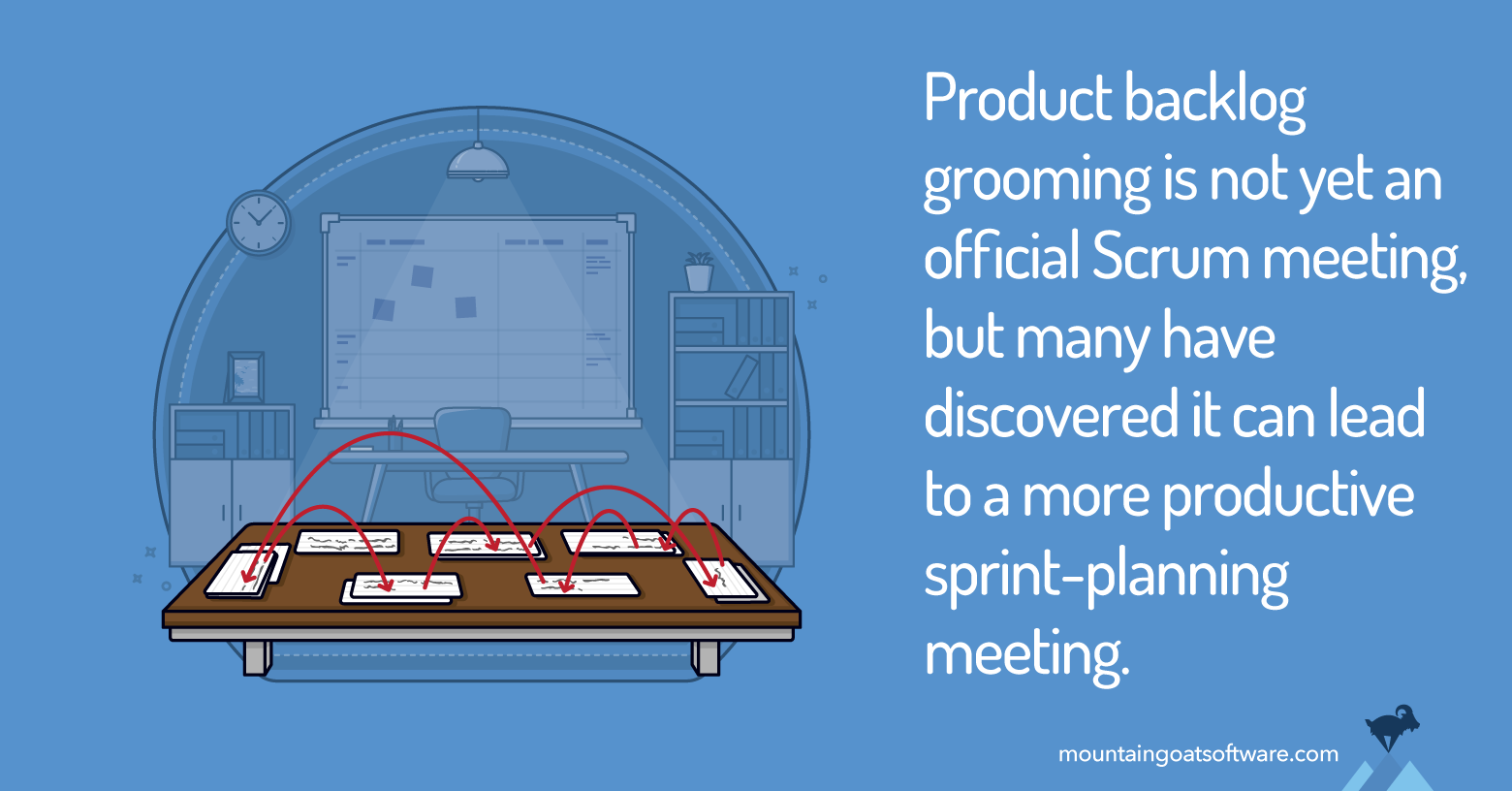 Backlog Grooming: Who Should Attend and How to Maximize Value

I was recently interviewed for an upcoming agile textbook written by Sondra Ashmore and Kristin Runyan, and they asked me some questions about backlog grooming, such as who should attend, how to maximize the value and if the meetings can ever be fun. I’d like to share with you my thoughts on those questions today.

Product backlog grooming is not yet an official Scrum meeting. It’s simply something that many have discovered as valuable, and can lead to a more productive sprint-planning meeting.

Last year, I wrote about when backlog grooming might be accepted as a general process in Scrum and the fact that it’s probably still a few years away. As such, there's still no consensus on who should attend.

Although I'm generally a big believer of the whole team’s involvement, that isn't really practical for this meeting. Here’s a couple reasons why:

How Do You Maximize the Value?

Maximizing the value of a backlog grooming meeting probably comes down to the same few things for any meeting:

Remember, conversations about the product backlog are not limited to a certain time or single meeting, so anyone can participate at any time. In the previous section, I mentioned that they often happen two to three days before the end of the sprint, but it’s really whatever works for your team.

When you’re grooming the backlog, remember that it’s not required that all product backlog items (usually in the form of user stories) are perfectly understood at the beginning of a sprint. The features only need to be sufficiently understood so the team has a reasonably strong chance of completing it during the sprint.

Can Backlog Grooming Be Fun?

I have a hard time thinking of any meeting as truly fun, but I do think that when working with the right teammates, meetings can be viewed as welcomed breaks from the more intense work of the team.

Good teams can establish a rhythm where they alternate from very intense mental work either alone or in pairs, punctuated with occasional meetings. The meetings can have a social tone, and be an excuse for joking around with teammates or just taking a mental recess before diving back into the more intense work.

I’ve heard people come up with all sorts of ways to make Scrum meetings interesting. Most of the ideas I’ve heard are centered on when people are late to the daily scrum (for example, paying a jar, singing in front of teammates or telling a joke), but that doesn’t mean those same creative ideas can’t be inspiration for a less-embarrassing way to keep the grooming meeting light.

Spend a few minutes talking about what you’ve been up to, your family or anything else that makes the meeting seem like less of a daunting task.