My Favorites for Team Movie Day

One of my favorite movie scenes comes in The Untouchables when mobster Al Capone (played by Robert DeNiro) says,

"What is that which gives me joy? [grabs a baseball bat] Baseball! A man stands alone at the plate. This is the time for what? For individual achievement. 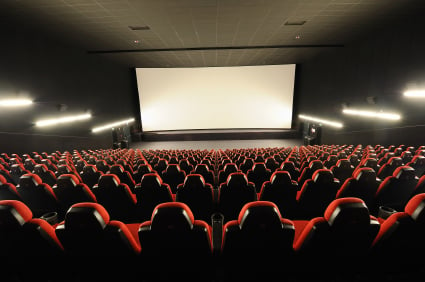 There he stands alone. But in the field, what? Part of a team. Teamwork…. Looks, throws, catches, hustles - part of one big team. Bats himself the live-long day, Babe Ruth, Ty Cobb, and so on. If his team don't field… what is he? You follow me? No one! Sunny day, the stands are full of fans. What does he have to say? 'I'm goin' out there for myself. But… I get nowhere unless the team wins.'" [Beats his henchman to death with his bat]

I don't have that speech memorized any more, but I used to. I memorized it for a meeting with a group of teams I was working with many years ago. The different teams were going in separate directions. Individual specialists were making decisions without regard to how those decisions would affect other groups.

In other words, I needed teamwork.

Starting the meeting with baseball bat in hand and reciting the well-known speech got the point across.

A few years before this I'd been a member of team dealing with a particularly nasty bug. The company built systems that were installed by hotels to provide voice mail and an automated wake-up call system for guests. There was a bug somewhere causing the clock in the PC to lose just a couple of seconds a day. That may not sound like a big deal but because these PCs would run for years unattended the bug had manifested itself by delivering wakeup calls early. Hotel guests were complaining that their wakeup calls were coming ten minutes before they should.

The majority of the small team was trying to find the cause of the problem. After three days, I realized the team did not have a plan for finding the bug and were instead merely guessing at possible causes. Because of the nature of the bug, each fix they tested needed three or four hours just to see if the clock was slowly drifting.

I decided we needed to try something different. So I scheduled a team movie night. I brought in the movie Apollo 13, which was about the on-ground and in-space effort to return the Apollo crew safely to earth after a malfunction in space. Apollo 13 is the greatest debugging movie ever made. As with The Untouchables, I mostly needed the team to hear one line from the film: "Let's not make things worse by guessing." But we watched the whole film together.

A few days later the team had found and fixed the bug--without guessing.

So, there are my two favorite movies to watch with software development teams--The Untouchables for the speech about teamwork and Apollo 13 for its advice on debugging. I'm interested in knowing what movies you think are good to share with an agile team. Please use the comments below to share your suggestions.