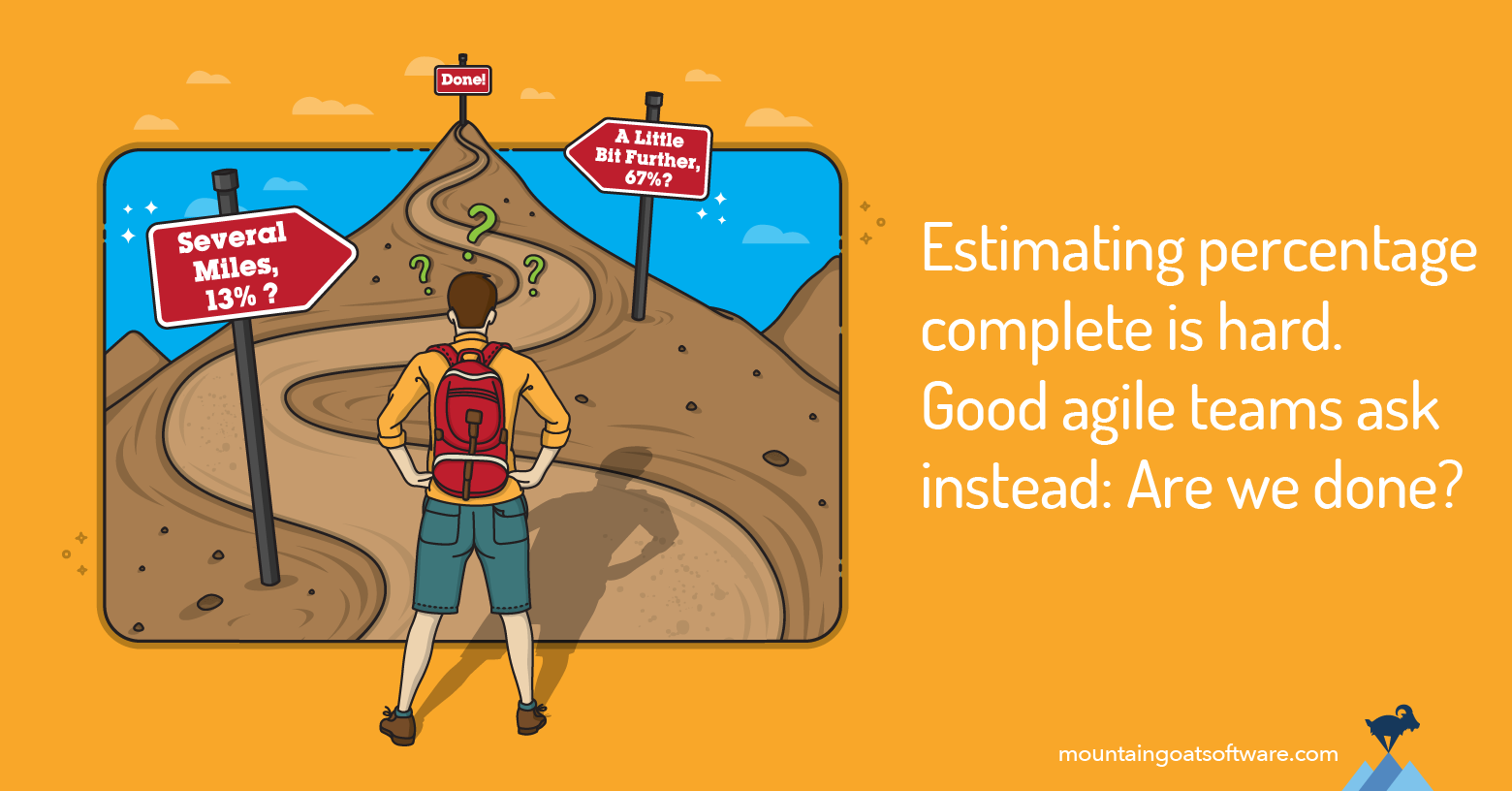 Agile processes put a lot of emphasis on being done with things. This isn’t surprising since the Agile Manifesto says

Further, Scrum teams try to achieve a potentially releasable state each sprint. And in Scrum, being done with work is so important that teams are encouraged to establish a definition of done to promote clarity around what it means to be done.

Many agile teams devote time each iteration to splitting user stories to be small enough so that being done with each is possible within a single iteration. 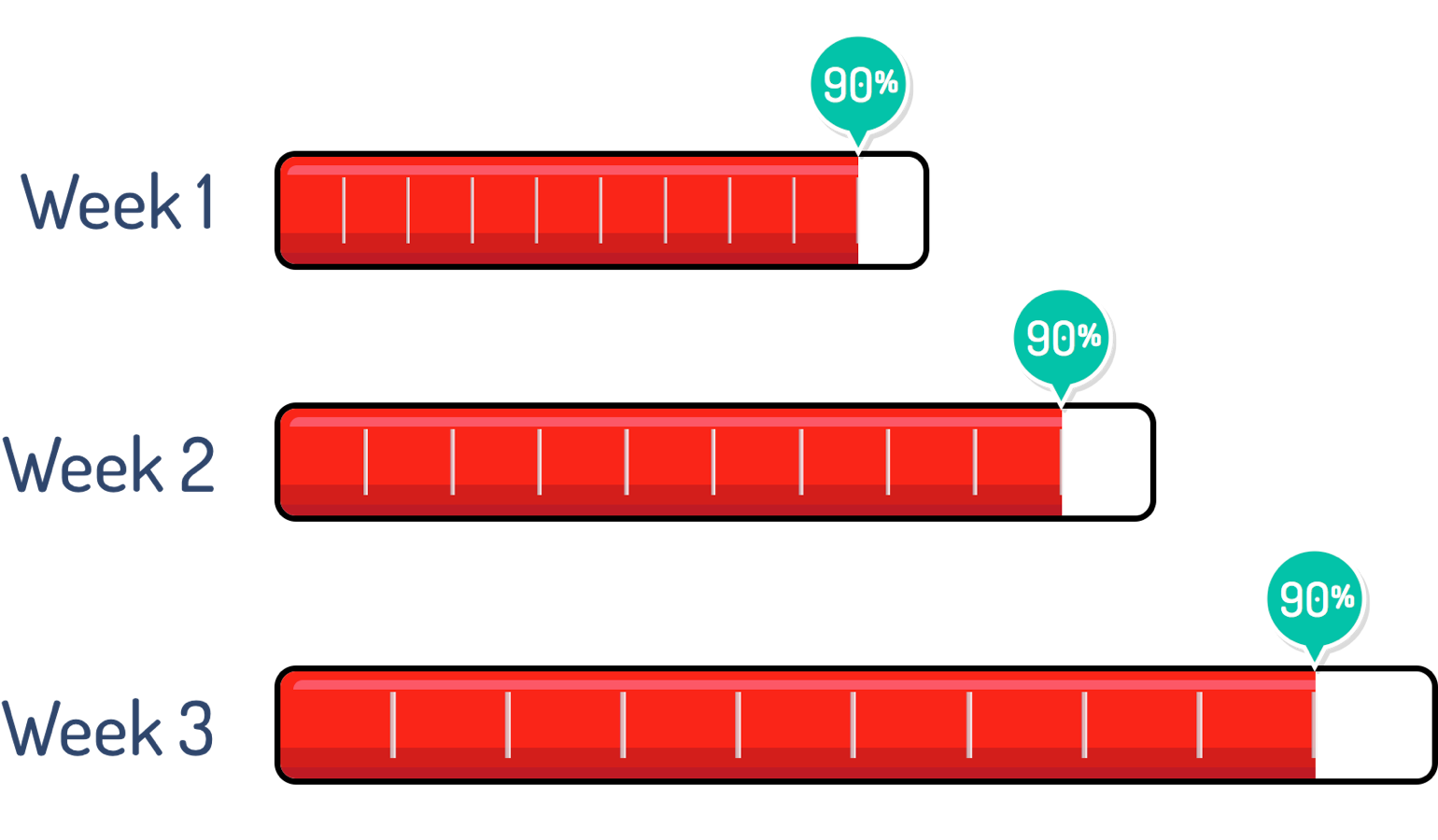 The simplification of trying to keep work in only two states (done and not started) helps agile teams in three ways: