Put a Tough Decision in Its Place

In a recent discussion with a project sponsor, I asked whether it was more important to deliver on schedule or to deliver all of the desired features. The sponsor’s answer was “Both.” She refused to clarify for her team the relative importance of scope, schedule, resources, and quality on that project. She was insistent that all features be delivered on time, with no loss of quality, and without going over budget by increasing the team size.

I was gradually able to help her understand that this puts the team in an impossible position. I told her that every time a programmer passes a module to testing, he has made a tradeoff decision between scope, schedule, and quality. He has made a micro-level decision that the code is good enough, and that further improvements in quality are not justified by their cost in either a longer schedule or in delivering fewer features. I told her that these types of decisions are made dozens of times each day by all team members. And here’s the kicker—I told her that, without guidance from her, these micro-level decisions were being made inconsistently. At that point, I was able to get her to prioritize scope, schedule, resources, and quality against one another.

Multitasking, which I’ve written about in a previous column (see the July/August 2005 issue of Better Software magazine), is another example of inappropriately pushing a decision down the organization. The manager who assigns a tester to be on three projects is saying, “I can’t decide which is the most important project for you to work on, so I’ll make you decide.” If the manager, who presumably knows more about the relative priorities of the projects, cannot decide how this tester should spend her time, how can she reasonably expect the tester to decide?

Of course, there are some issues that should be passed down the organization. This is the basis of empowerment. There is a fine line, however, between empowerment and shirking our own responsibilities. Here are three questions I use to help decide whether a decision should remain with me, be pushed up, or be pushed down:


Next time you are tempted to pass a difficult decision down the organization, stop and ask yourself these three questions. Similarly, next time a decision is inappropriately passed to you, see if you can get your boss to push the issue up instead of down. 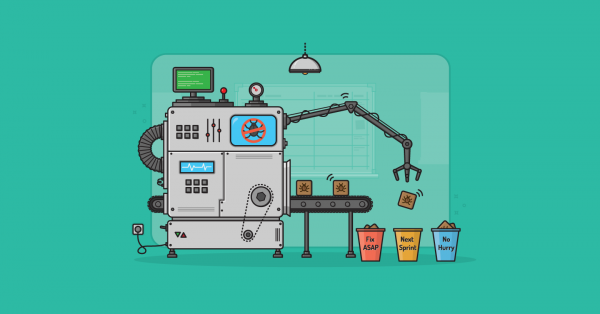 Prioritizing bug fixes has always been a challenge in software development. Even though there are …