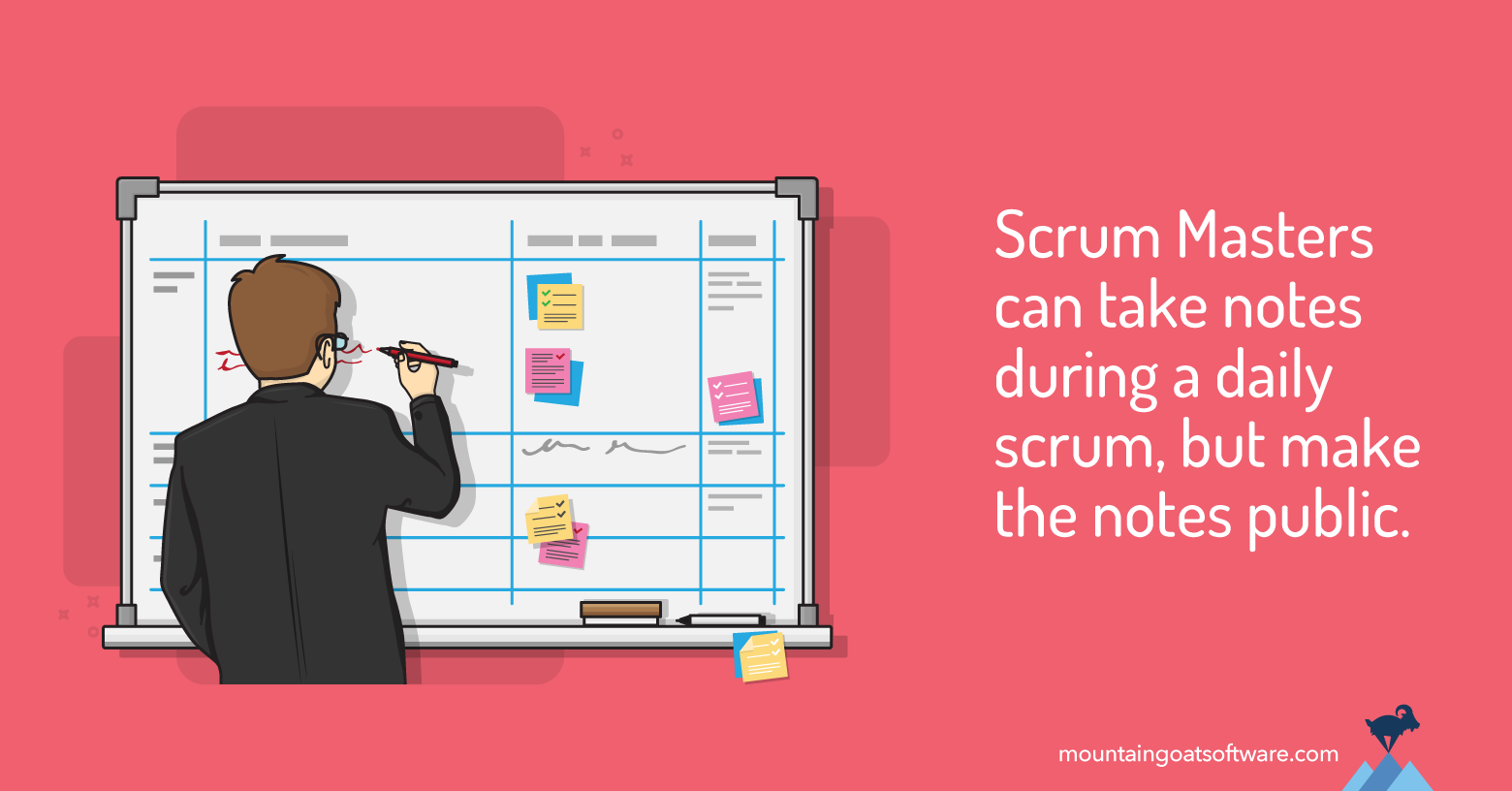 On a consulting engagement a few years ago, the VP who had brought me had me start the day observing a few daily scrums. In each meeting I noticed the different ScrumMasters appeared to be taking very detailed notes. At lunch I asked the VP about this.

He told me that he’d asked all ScrumMasters to do this a few weeks prior. Each ScrumMaster emailed the notes to him and he combined them into a daily email to the whole company so that, he said, everyone could benefit. After he told me this, he added, “Funny thing, though. Those meetings aren’t as helpful as they used to be. Hardly anything critical seems to come up in them any more.”

I wonder why. Perhaps it was because “I’m going to be five minutes on the such-and-such task” gets turned into “Mike is late” in an email to the whole company.

I always advise ScrumMasters against taking notes during the daily scrum. If you do want to take notes, I recommend writing the note on a whiteboard or some place where everyone participating in the meeting can see what you write. I know I’m cynical but I often think people think the ScrumMaster is writing the worst possible thing when it’s written in private. The ScrumMaster might be writing “Get Mike some help on the such-and-such task” but I think she’s writing “Have Mike moved off the team.”

Taking notes on the whiteboard has the further advantage of letting anyone add to the notes during the meeting or easily refer to them later. If any notes are action items, they’ll be on the board the next day when any old notes can be easily erased. So, take notes in a public place, even if you’re making a note to move me off the team.