Budget When You Can’t Estimate 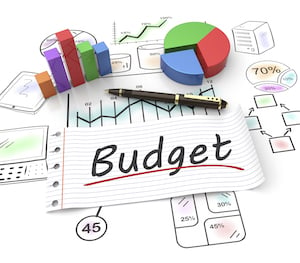 But, even if we only ask for estimates at these times, there will be some work that the team finds extremely hard or nearly impossible to estimate. Let's look at the best approach when an agile team is asked to estimate work they don't think they can reasonably estimate. But let's start with some of the reasons why an agile team may not be able to estimate well.

Why a Team Might Not Be Able to Estimate Well

This might occur for a variety of reasons. It happens frequently when a team first begins working in a new domain or with new technology.

Take a set of highly experienced team members who have worked together for years building, let's say, healthcare applications for the Web. And then move them to building banking applications for mobile devices. They can come up with some wild guesses about that new mobile banking app. But that's about all that estimate would be--a wild guess.

Similarly, team members can have a hard time estimating when they aren't really much of a team yet. If seven people are thrown together today for the first time and immediately asked to estimate a product backlog, their estimates will suck. Individuals won't know who has which skills (as opposed to who says they have those skills). They won't know how well they collaborate, and so on. After such a team works together for perhaps a few months, or maybe even just a few weeks, the quality of their estimates should improve dramatically.

There can also be fundamental reasons why an estimate is hard to produce. Some work is hard to estimate. For example, how long until cancer is cured? Or, how long will it take to design (or architect) this new system? Teams hate being asked to estimate this kind of work. In some cases, it's done when it's done, as in the cancer example. In other cases, it's done when time runs out, as in the design or architecture example.

Budgeting Instead of Estimating

In cases like these, the best thing is to approach the desire for an estimate from a different direction. Instead of asking a team, "How long will this take?" the business thinks, "How much time is this worth?" In effect, what this does is create a budget for the feature, rather than an estimate. Creating a budget for a feature is essentially applying the agile practice of timeboxing. The business says, "This feature is worth four iterations to us." In a healthy, mature agile organization, the team should be given a chance to say if they think they can do a reasonable job in that amount of time. If the team does not think it can build something the business will value in the budgeted amount of time, a discussion should ensue. What if the budget were expanded by another sprint or two? Can portions of the feature be considered optional so that the mandatory features are delivered within the budget? Establishing a budget frames this type of discussion.

What do you think of this approach? Are there times when you'd find it more useful to put a budget or timebox on a feature rather than estimate it? Have you done this in the past? I'd love to know your thoughts in the comments below.