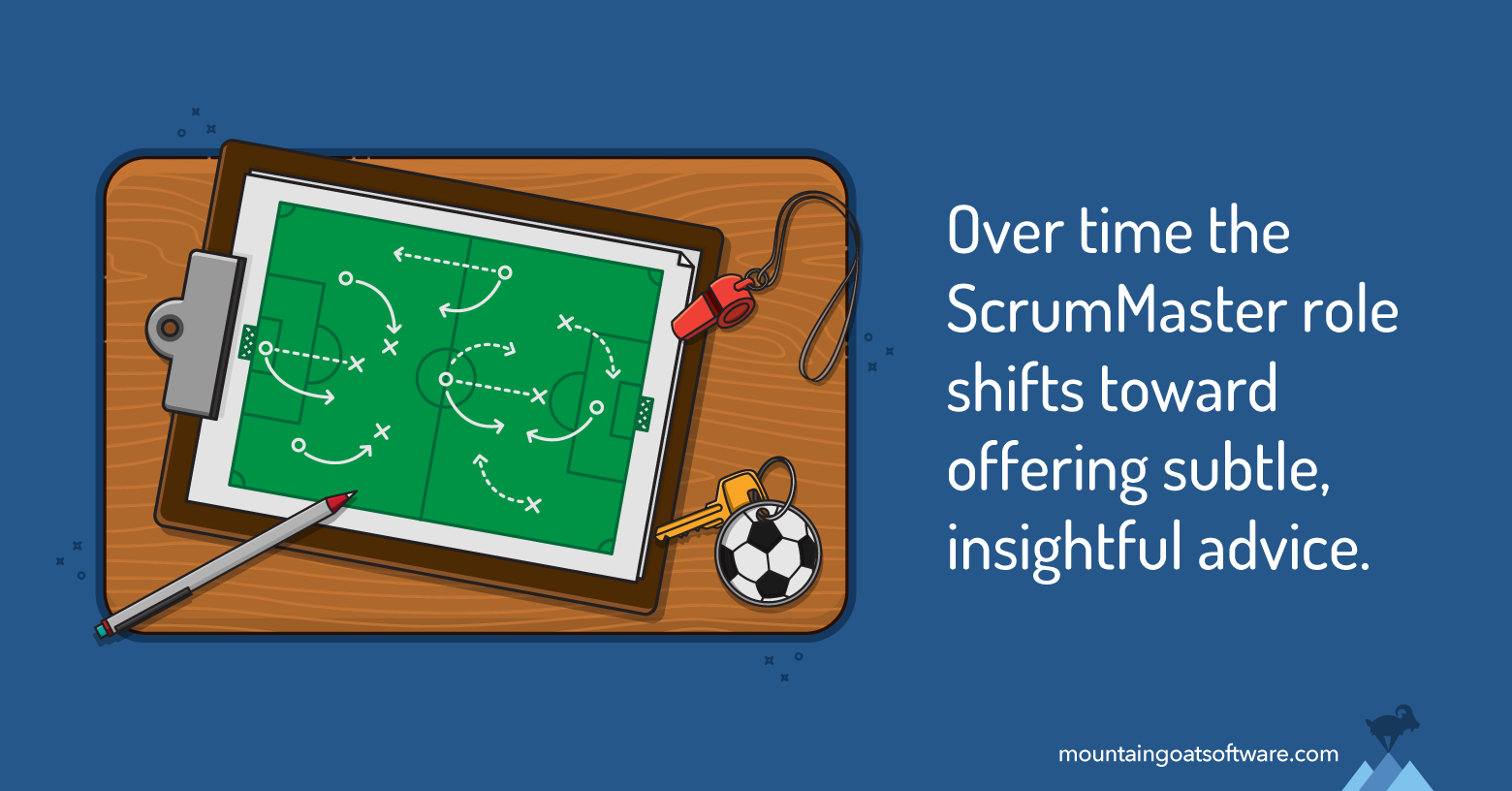 Does Being a Scrum Master Get Easier Over Time?

Being the Scrum Master of a Scrum team can be hard work. But does it get harder over time? Or easier?

To consider this question, let's assume that everything relevant about a team stays constant. I know that's unrealistic in the real world, but it's a worthwhile assumption in thinking through something like this. So I'm assuming things like consistent team members, stakeholders, and such. Of course, a Scrum Master's job becomes more difficult if a particularly obnoxious team member is moved onto the team.

The Scrum Master as Coach

So consider two football coaches: one is the coach of a World Cup team and the other is the coach of some 6-year-olds learning to play. Which of those coaches has the harder job?

OK, I know the World Cup coach is probably up at midnight studying video of the opposing team to find their weaknesses. And that coach has a really hard job. But, wow, my sympathy goes out to the poor parent who is probably the coach of the 6-year-olds. That's a tough job!

I know I'm exaggerating a bit here in terms of which job is truly harder. But the coach of the little kids truly does have the harder time of coaching the team at the skills needed to play the sport.

The World Cup’s coach is made difficult because of the pressure, the level of competitiveness, and things like that. The World Cup coach's job is made easier because that coach’s players have taken some of the coaching duties on themselves. If the coach is late to practice, the World Cup players know to start practice with drills.

The 6-year-olds wouldn’t know that. They’d probably go play on the swings. They don't know how to coach themselves. Neither does a team that is entirely new to Scrum. But an experienced Scrum team knows the rules and is comfortable calling each other out on bad behavior when it occurs.

By the time someone is playing in the World Cup, that player knows what he or she is doing. They still need a coach, but they can monitor their own performance to a great extent. Not so when a player is first starting. When my kids were 6 and played football, their coach ran along the sideline yelling, "Kick and run!" Can you imagine a World Cup coach yelling "Kick and run"?

So, does that make the job easier for a Scrum Master over time? I'm not sure. But, I am sure the job becomes more rewarding as the team gets better and addresses the bigger challenges affecting their performance.

What do you think? Have you found your job as a Scrum Master to get easier or harder as your team has improved? Have you found any specific techniques to help get a team to start doing more of the coaching themselves? If so, please share your thoughts in the comments below.