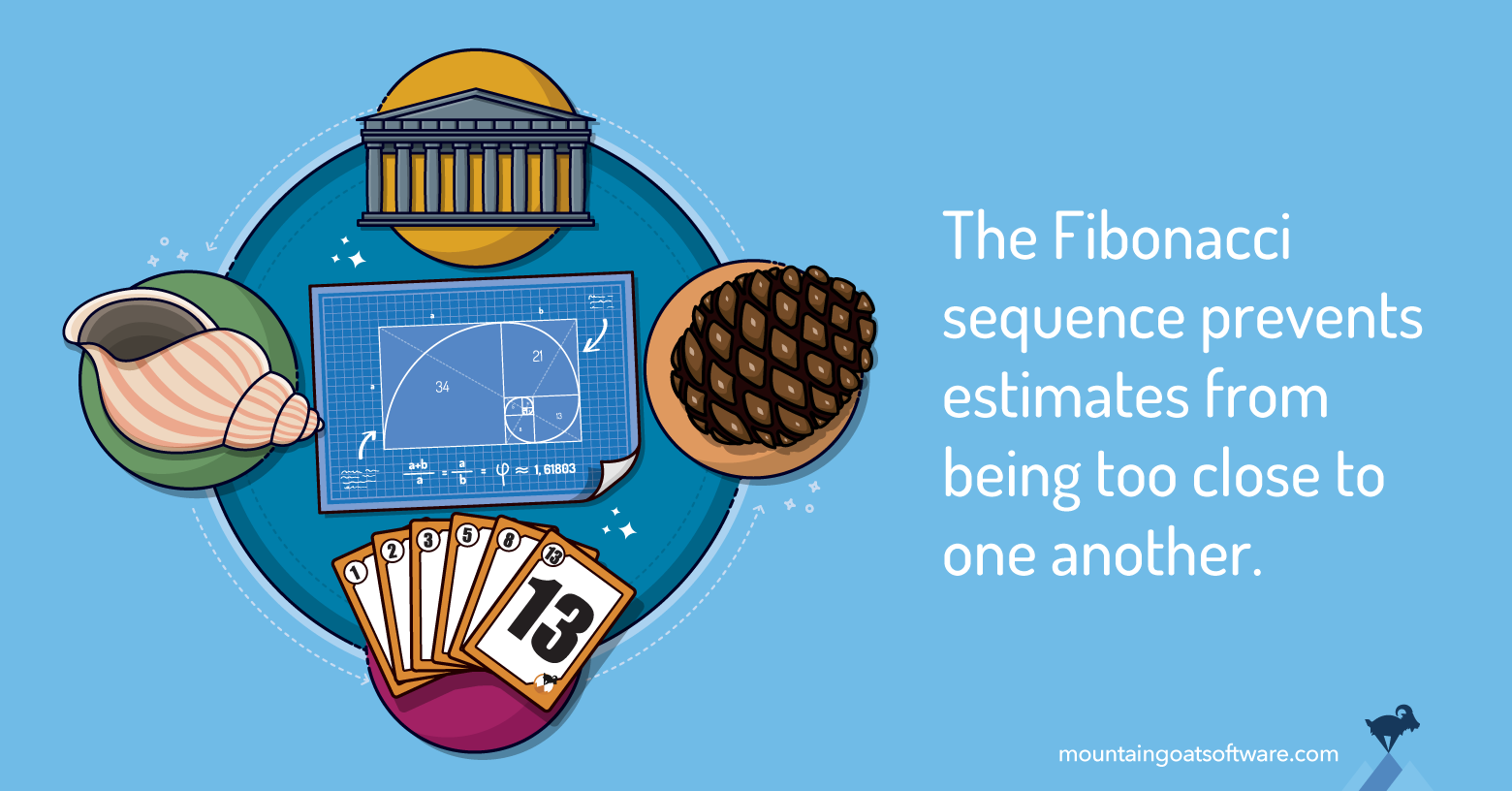 It’s because numbers that are too close to one another are impossible to distinguish as estimates.

Imagine being handed two weights—one is one kilogram (2.2 pounds) and the other is two kilograms (4.4 pounds). With one in each hand but not able to see which is which, you can probably distinguish them. The two kg weight will feel noticeably heavier.

Imagine instead being handed a 20kg weight and a 21kg weight. They are the same one kg difference as the one and two kg weights. But you would have a much harder time identifying the heavier of the two weights.

This is due to Weber’s Law. Weber’s Law states that the difference we can identify between objects is given by a percentage.

Weighing the Difference Between Objects

The difference from one to two kilograms is 100%. You can probably distinguish the weight of items that differ by 100%.

The values in the Fibonacci sequence work well because they roughly correspond to Weber’s Law. After the two (which is 100% bigger than one), each number is about 60% larger than the preceding value.

So, the Fibonacci values work well because they increase by about the same proportion each time.

Early agile teams I worked with made use of this and estimated with the real Fibonacci sequence. Ultimately, though, we learned that an estimate of 21 implied a precision we couldn’t support. Stakeholders would look at the 21 and be impressed that we called it 21 rather than rounding it to 20 or even 25.

This led us to start using 20 rather than 21. Once we’d deviated from the Fibonacci sequence once, we felt free to do so further.

That led to experimentation in which we introduced 40 and 100. Those worked well because they represented 100% and 150% increases over the preceding numbers. This was much larger than the 62% of the Fibonacci sequence.

Each worked equally well. Most teams had a strong preference for one or the other, but I could find no clear evidence that either sequence was better than the other.

But in 2007, we began printing Planning Poker Cards, which we sold at cost, distributed at various agile events, and that I use in some in-person courses.

To keep printing costs down, I had to choose between these two sequences. At the time, I just slightly favored the modified Fibonacci sequence. And so I made the call to go with that. Once that sequence began to appear on thousands of decks a year, the sequence gained popularity at the expense of simply doubling the values. My slight preference for 1, 2, 3, 5, 8, 13... over 1, 2, 4, 8, 16... came from being in a lot of meetings with the latter sequence in which discussions were always “Is this product backlog item double the size of the other one?”

All discussions were about whether something was double, quadruple, etc. That concerned me slightly because I didn’t see it with teams using the modified Fibonacci sequence. Their discussions were not always “Is this one 60% more effort?” Those seemed like healthier discussions, even though I had no way of measuring that.

These days I remain fairly impartial between the two sets of values. I think teams can estimate successfully with either set of values as each exhibits attributes of Weber’s Law.

What’s your experience with different estimating sequences? Which values do you use and do they work for your team? Please share your thoughts in the comments section below.