Estimates on Split Stories Do Not Need to Equal the Original

It is good practice to first write large user stories (commonly known as epics) and then to split them into smaller pieces, a process known as product backlog refinement or grooming. When 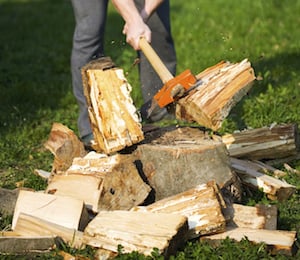 product backlog items are split, they are often re-estimated.

I’m often asked if the sum of the estimates on the smaller stories must equal the estimate on the original, larger story.

Part of the reason for splitting the stories is to understand them better. Team members discuss the story with the product owner. As a product owner clarifies a user story, the team will know more about the work they are to do.

That improved knowledge should be reflected in any estimates they provide. If those estimates don’t sum to the same value as the original story, so be it.

But What About the Burndown?

But, I hear you asking, what about the release burndown chart? A boss, client or customer was told that a story was equal to 20 points. Now that the team split it apart, it’s become bigger.

Well, first, and I always feel compelled to say this: We should always stress to our bosses, clients and customers that estimates are estimates and not commitments.

When we told them the story would be 20 points, that meant perhaps 20, perhaps 15, perhaps 25. Perhaps even 10 or 40 if things went particularly well or poorly.

OK, you’ve probably delivered that message, and it may have gone in one ear and out the other of your boss, client or customer. So here’s something else you should be doing that can protect you against a story becoming larger when split and its parts are re-estimated.

I’ve always written and trained that the numbers in Planning Poker are best thought of as buckets of water.

You have, for example an 8 and a 13 but not a 10 card. If you have a story that you think is a 10, you need to estimate it as a 13. This slight rounding up (which only occurs on medium to large numbers) will mitigate the effect of stories becoming larger when split.

Consider the example of a story a team thinks is a 15. If they play Planning Poker the way I recommend, they will call that large story a 20.

Later, they split it into multiple smaller stories. Let’s say they split it into stories they estimate as 8, 8 and 5. That’s 21. That’s significantly larger than the 15 they really thought it was, but not much larger at all than the 20 they put on the story.

In practice, I’ve found this slight pessimistic bias to work well to counter the natural tendency I believe many developers have to underestimate, and to provide a balance against those who will be overly shocked when any actual overruns its estimate.