It’s time to start thinking about an appropriate costume you can wear to the many agile-themed Halloween parties you’ll attend. In this post I’ll share some last-minute costume ideas you can pull together whether you’re a Scrum Master, product owner, or even a stakeholder on an agile project.

This run-down of Halloween costumes for agile teams started out just for fun. But then I got to thinking, it could also be a creative (and informative) way to run a Halloween retrospective: Agile team members could come dressed to represent the role they played in the past sprint.

Or you could try a Halloween agile retrospective for the project as a whole: and invite stakeholders, management, and team members to dress as the roles they have experienced, or wish they could experience, so far. Or you can just enjoy some light-hearted insights into the Scrum roles.

Let’s start with a Scrum Master costume. An auto mechanic costume would be great for a Scrum Master. Like a mechanic, a Scrum Master troubleshoots and fixes problems. A skilled and experienced mechanic can often identify issues before they become problems (“your brake pads are getting thin”). A Scrum Master can be thought of as tuning up a team to achieve its best possible performance.

Costume: Grab some coveralls, maybe smear some grease on them, and either carry some tools or wear a toolbelt.

Some people say ghosts don’t exist. My friend Jim Harold says otherwise on his podcast. But the type of ghost I’m referring to is the stakeholder who doesn’t show up at sprint reviews.

Sometimes stakeholders tell us the project is important and get frustrated if the team misses a goal. But by never attending iteration reviews, effectively being as invisible as a ghost, these stakeholders’ actions indicate the project must not be that important after all.

Product owners are often forced to prioritize competing needs from different stakeholders. Stakeholders may represent different geographic regions, departments within an organization, or they may just have different views of a product’s future.

Regardless of the reason, stakeholders seek to influence a product owner into building what they need, which might be very different from what the customer or other stakeholders are looking for.

In these situations, the product owner is a tightrope walker balancing competing demands and striving not to fall by leaning too far to either side. One way to help maintain balance is for product owners to treat stakeholders as a second team, rather than as individuals.

Costume: As long as you carry a long pole for balance, you can probably wear whatever you want, but some spandex might be appropriate.

A good Scrum Master is like a golf caddy. Everything a caddy does is to help the player—recommending clubs, carrying the clubs, observing other players—all these aids help a golfer focus on hitting the ball well. Scrum Masters emulate this by similarly removing all impediments to a team’s progress.

After the final putt is made, cheers go up for the winning golfer as the caddy stands by, unnoticed by most. The same is true of Scrum Masters. When their teams succeed, praise is heaped on the team. But astute observers know how much the Scrum Master did behind the scenes to help the team succeed.

A good Scrum Master listens to detect when a team is having a problem, and then fixes that problem. A bartender listens to patrons’ problems and…OK, offers solace at best, but doesn’t fix the problem. So wear a bartender costume if you want to dress up like a bad Scrum Master.

Costume: A white apron perhaps with a holster belt that holds a bottle on each side will work nicely. If you want to go beyond the minimum, add a vest or suspenders with flair.

Instead of dressing like a bad Scrum Master, though, consider dressing as a great agile coach: Ted Lasso. As a coach, Lasso exhibits many traits we’d all do well to emulate: empathy for his team members, great listening skills, willingness to experiment, lack of an outsized ego, seeking to make his team the best it can be, and more.

Costume: A blue tracksuit or pullover with sunglasses. Don’t forget to either grow a mustache or buy a stick-on one. Closer to Halloween, you might need to buy the mustache.

Batman would be lost without his trusted butler, Alfred. A retired actor and former special agent of the British government, Alfred does whatever Batman needs, usually without Batman even having to ask. Alfred may be the truest example possible of a true servant leader.

Costume: This is a great DIY costume. Alfred is always impeccably dressed, so put on your best suit and tie a full Windsor knot—and quickly rehearse your English accent.

A Couple’s Costume: A Chicken and a Pig

A story from the early days of Scrum involved a chicken and a pig who wanted to open a breakfast restaurant. The pig declined the opportunity, knowing that in producing a ham-and-egg breakfast he’d be committed, the chicken would be merely involved.

The story was told long ago to say that product owners were merely involved in sprints. They weren’t committed like Scrum Masters and team members. I never agreed with that view, because in my experience the most successful teams have product owners who act every bit as committed as the developers.

But, probably because the joke is at least slightly amusing, chickens and pigs still occasionally come up in Scrum discussions. This makes them the perfect couple’s or group Halloween costume.

Costume: Go all out and make (or buy) chicken and pig costumes. Or keep it simple and get a pig snout on an elastic band. Supplement it with a pink hoodie if you want. The chicken can wear a white or yellow hoodie and a plastic beak.

What Are You Wearing This Year?

I hope I’ve given you a few team costume ideas for work, and some group costume ideas for all of the Halloween parties, costume contests, and treat-or-treating outings you’re sure to be invited to. And I hope that I’ve also given you some new things to think about with the various Scrum roles or planted the seeds for some new holiday-themed retrospective ideas.

What other ideas do you have? What costume would you wear to an agile Halloween party? Please share your thoughts in the comments below. 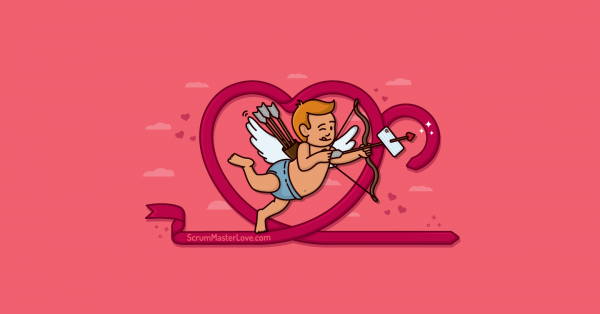 Announcing the world’s only dating website for Scrum Masters and product owners. 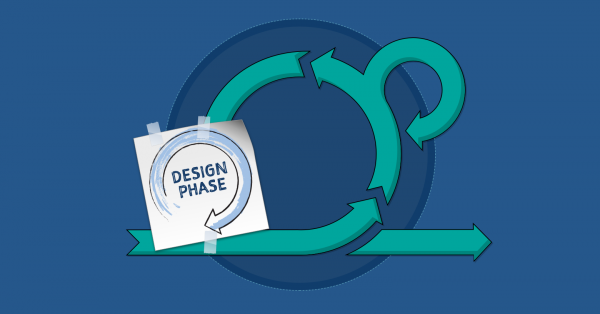 Scrum has never had a design phase. Perhaps it’s time to fix that. Here’s a humorous take on how to …

Over the last year or so, scaling agile and Scrum have become very popular topics. A variety of …

Top Ten Gifts For the ScrumMaster In Your Life

If you're like me, you're late in starting your shopping this year, whether it's for Hanukkah, …

Get your signficant other what they really want: over three hours of tips on how to estimate and …