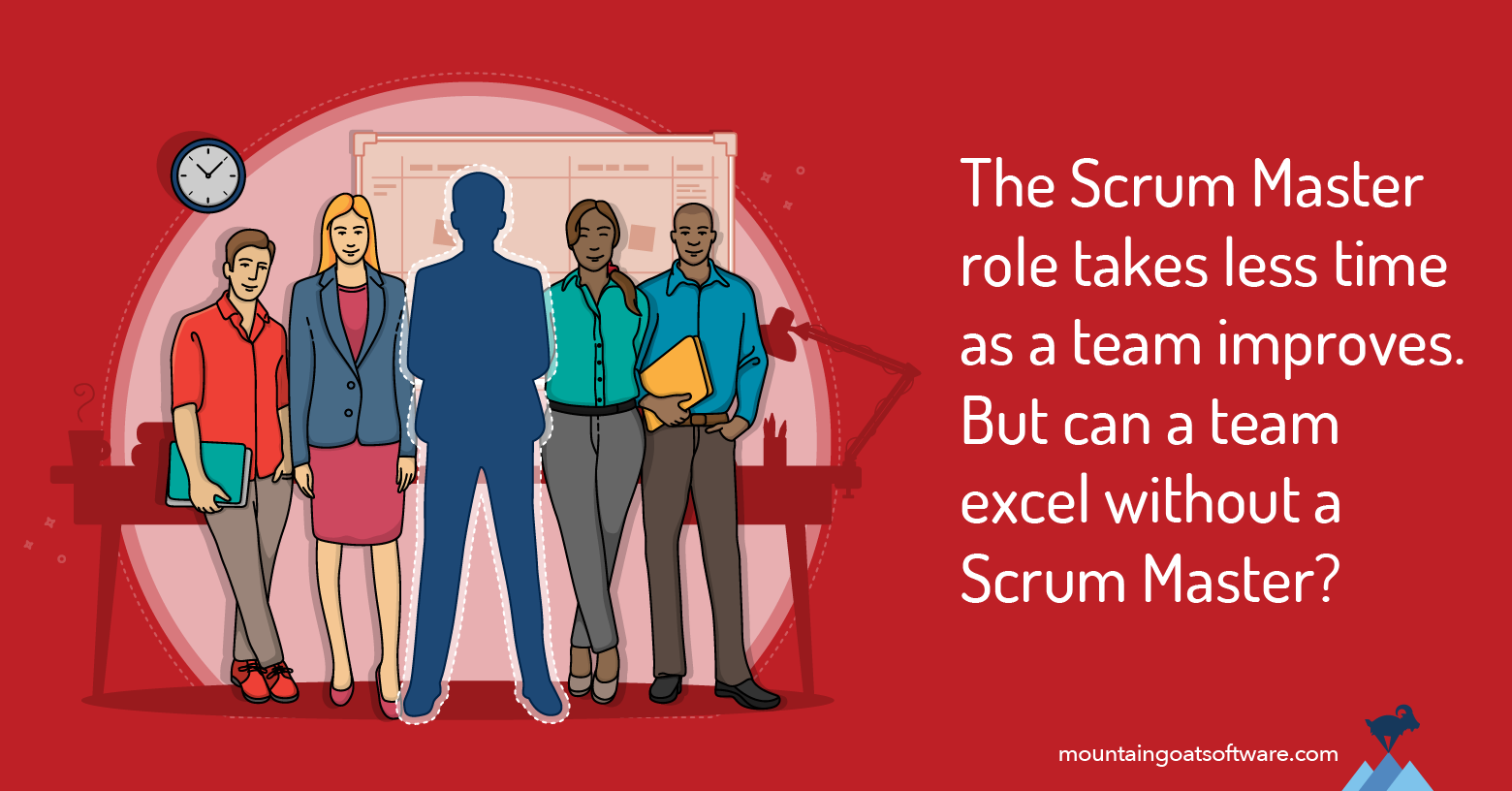 Does the Scrum Master Role Ever Go Away?

Scrum Masters coach, mentor, guide, and enable their teams to develop great products. For a new team in an organization that is also new to Scrum, this can be a challenging and time-consuming job.

It can take a lot of work to do this. But, it does get easier.

The Scrum Master Role Gets Easier Over Time

Over time, the team improves. And the skills team members acquire from their first steps with agile help them learn, evaluate and adopt new practices.

It is perhaps comparable to learning a new language. At first we learn through memorization. Later, when we know enough to begin conversing in the new language, we can also learn through context: One word in a sentence is new to you, but the other words provide enough context that you can discern the meaning of the new word.

After seeing some early benefits of Scrum, teams don’t need as much convincing to try new agile practices. And, over time, the Scrum Master gradually removes organization impediments to agility. Perhaps an early battle was with the facilities group to move people so that the agile team could sit together. But once fought and won, that battle does not need to be fought again.

This argues strongly that the job of the Scrum Master does get easier over time. In general, it will take less time to be a good Scrum Master a year into a team’s agile journey than it did at the start.

Why the Job Gets Easier

The Scrum Master role gets easier in part because team members begin to take on parts of the job.

After a while, team members need less coaching. They learn how to facilitate some of their own meetings. Team members work more closely and directly with the product owner, so the Scrum Master is no longer needed to resolve communication roadblocks and resolve issues. There are fewer organizational impediments to agility. Those that remain can be particularly difficult to resolve, but there are fewer of them.

And so, the Scrum Master job starts to take less time as the team and organization become better at Scrum.

But Does The Role Ever Go Away Entirely?

But does the effort required to be a Scrum Master ever go all the way to zero?

Not in my experience.

Even the best Scrum team continues to benefit from the coaching, guiding and mentoring provided by a good Scrum Master. With that being said, some high-performing teams might find they do not need a ScrumMaster full time anymore. They might, for example, opt to have a technical team member also function as the Scrum Master.

But my experience is that even the best teams benefit from having a Scrum Master.

What have you found to be true about the Scrum Master role over time? Do you agree it takes less time as the Scrum Master and team become more experienced? Have you worked on a team that had so fully absorbed the role of Scrum Master themselves that they did not benefit from a designated, even part-time Scrum Master?