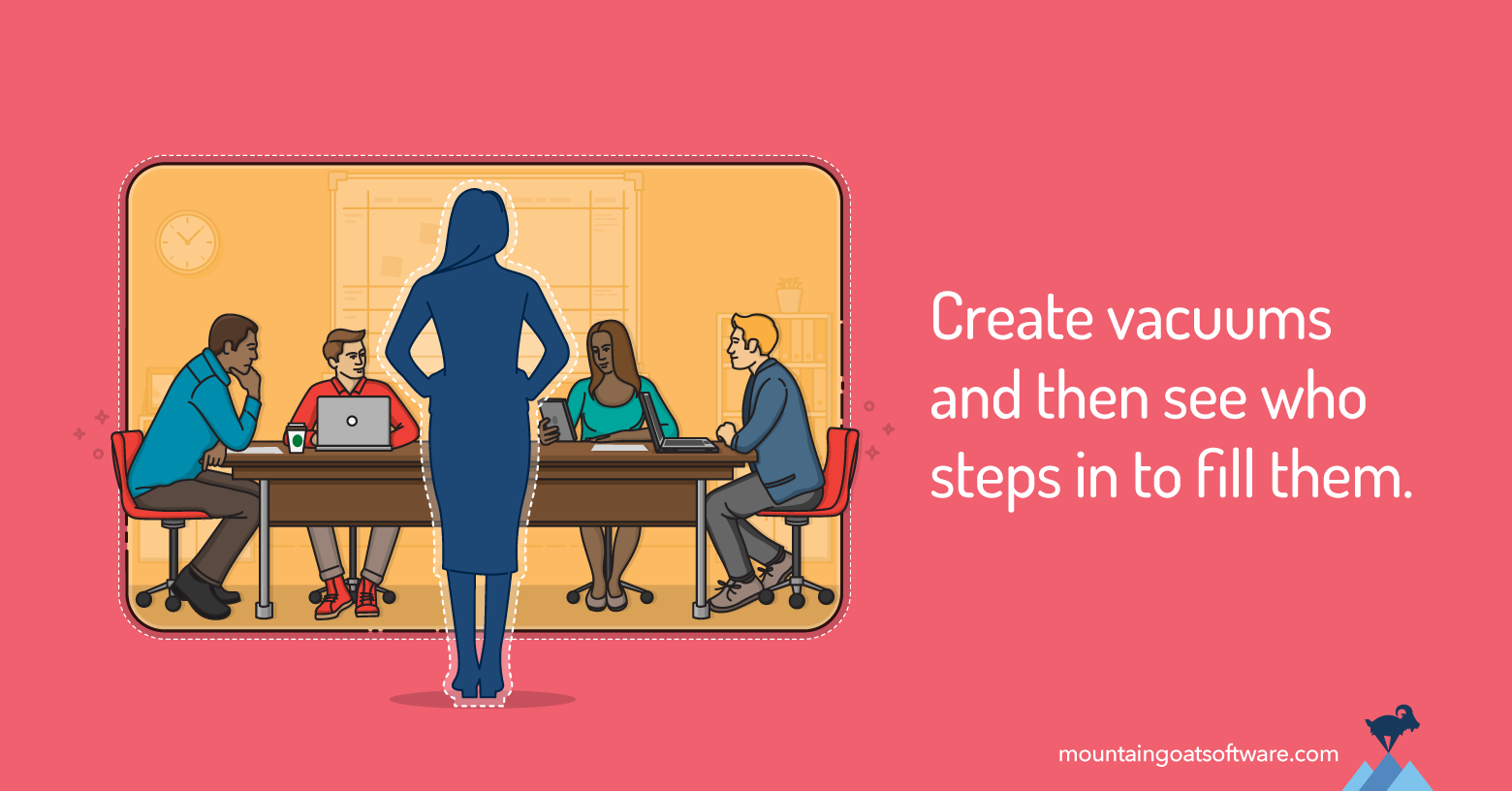 Early in my career, I noticed the project managers in my company drove nicer cars than we programmers did. (This was back before companies had learned to fully value their technical staff.) After a few years of noticing those nicer cars, I asked my boss what I needed to do to become a project manager. He told me, "When you start acting like a manager, I'll make you a manager."

This advice wasn't unique to him. I've since heard it from many other bosses. And it's actually not bad advice.

The problem with my boss's advice was that there were no opportunities for me to start acting like a manager. Each of the company's projects already had a project manager assigned to it. If I had started acting like the manager of a project that already had a manager, the officially appointed manager would have been quite annoyed with me.

If my boss had really wanted me to start acting like a manager in order for him to promote me into that role, he should have left a void in the organization for me to fill. In fact, an important part of a leader's job in an agile organization is to create vacuums so that the right people can step forward and fill them.

Creating a vacuum entails deliberately leaving a gap in an organization. Rather than filling the gap by identifying a specific person or group of people to fill it, a leader can point out the gap, and then see what happens. The benefit of this approach is that it allows people to work in areas where they are passionate.

As an example, many years ago, I was working as a VP of software development. Some of the first XP teams in that company discovered the benefits of continuous integration, and I was excited to spread this practice across the department. I could have appointed someone to make that happen.

Instead, at the next department meeting, I talked about how impressed I was with what those teams had done, and how it was going to be important for us to spread that good practice to other teams. Without explicitly saying so, I let it be known that this was something people could work on.

Of course, for this to work, leaders also need to create a culture in which employees do not have every waking moment of every day committed to project work. Companies don't need to go so far as the well-known Google 20 percent time, but employees should generally have some time they devote to work of their own choosing.

This is a sign that leaders trust employees. It is also a recognition that it is impossible for a leader or manager to identify the highest priority work in all cases.

If you're a leader in an agile organization, the next time you need something done, rather than assigning someone to the work, consider creating a vacuum and seeing who steps into it.