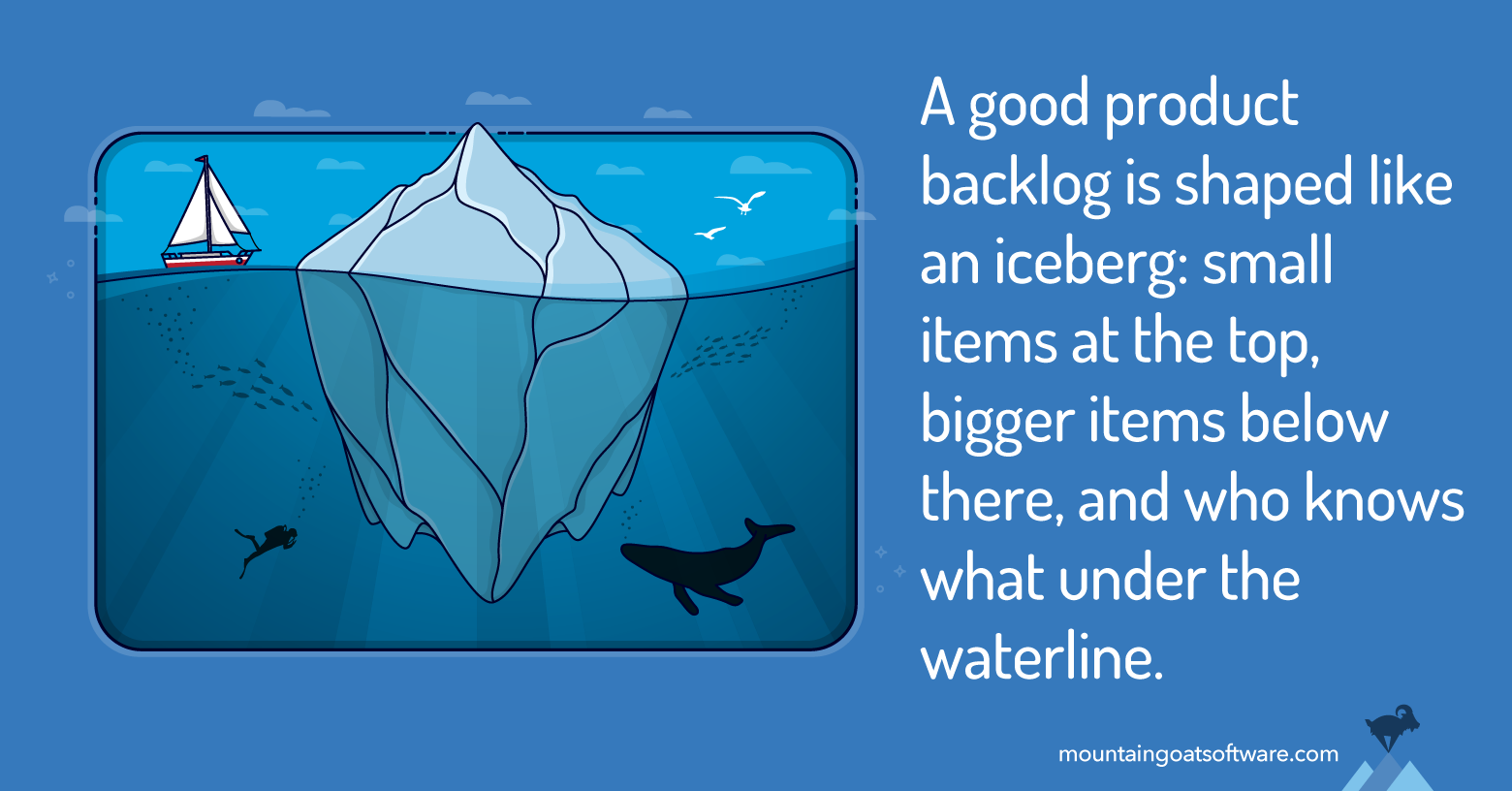 Why Your Product Backlog Should Look Like an Iceberg

At any given time, an agile product backlog will contain a prioritized list of desired features, each sized differently and written at varying levels of detail. Because the product backlog is prioritized, the smaller, high priority items reside at the top of the list, while the larger, less urgent items fall toward the bottom.

As such, product backlogs tend to take on the shape of an iceberg, as shown in in the image below. 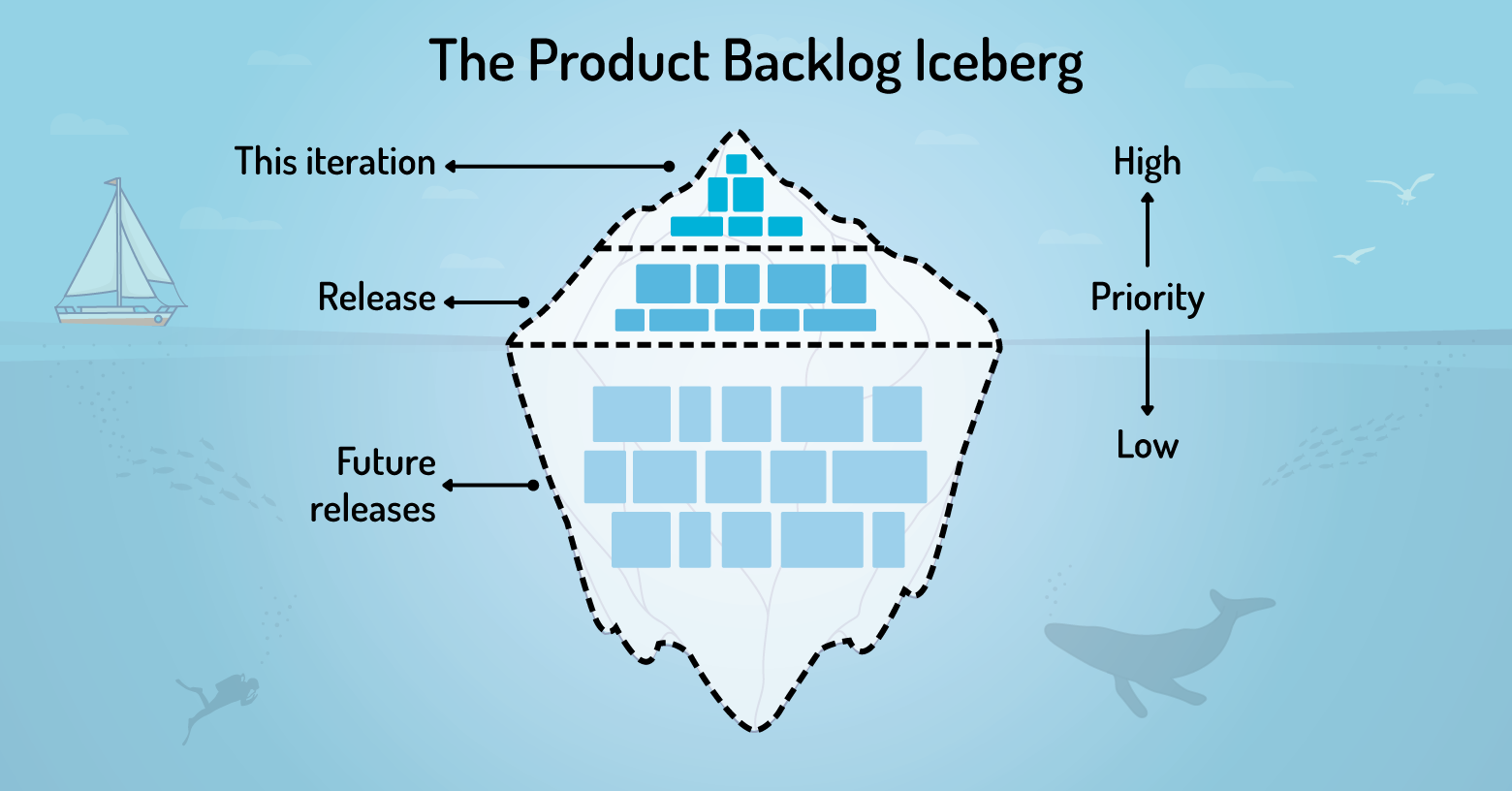