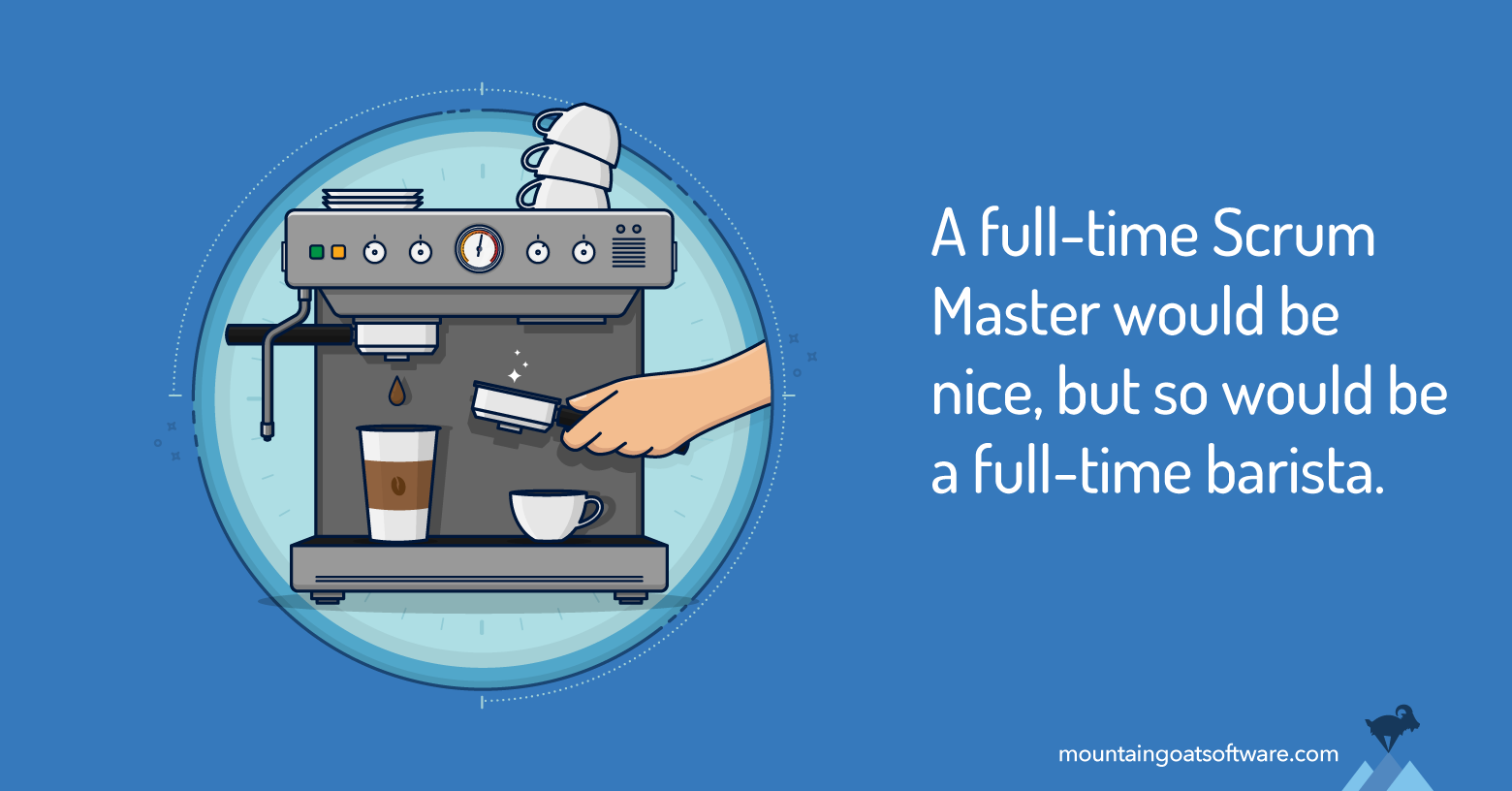 ScrumMaster – Full Time or Not?

I’ve been in some debates recently about whether the ScrumMaster should be full time. Many of the debates have been frustrating because they devolved into whether a team was better off with a full-time ScrumMaster or not.

I’ll be very clear on the issue: Of course, absolutely, positively, no doubt about it a team is better off with a full-time ScrumMaster.

But, a team is also better off with a full-time, 100 percent dedicated barista. Yes, that’s right: Your team would be more productive, quality would be higher, and you’d have more satisfied customers, if you had a full-time barista on your team.

What would a full-time barista do? Most of the time, the barista would probably just sit there waiting for someone to need coffee. But whenever someone was thirsty or under-caffeinated, the barista could spring into action.

The barista could probably track metrics to predict what time of day team members were most likely to want drinks, and have their drinks prepared for them in advance.

What I found baffling while debating this issue was that teams who could not justify a full-time ScrumMaster were not really being left a viable Scrum option. Those taking the “100 percent or nothing” approach were saying that if you don’t have a dedicated ScrumMaster, don’t do Scrum. That’s wrong.

A dedicated ScrumMaster is great, but it is not economically justifiable in all cases. When it’s not, that should not rule out the use of Scrum.

And a note: I am not saying that one of the duties of the ScrumMaster is to fetch coffee for the team. It’s just an exaggeration of a role that would make any team more productive.